The Famous 5 are five brave women who shaped the future of the lives of all Canadian women to come. Because of their efforts, women could be seen as equals and as a "person."

"We want women leaders today as never before. Leaders who are not afraid to be called names and who are willing to go out and fight. I think women can save civilization. Women are persons."- Emily Murphy 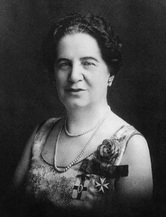 "Whenever I don't know whether to fight or not, I fight."

Born in Cookstown, Ontario, Emily (Ferguson) Murphy a mother of two, she spearheaded campaigns for women's property rights, she was prominent suffragist, an accomplished writer, and became the first female magistrate in the British Empire in 1916.  During this time, a lawyer repeatedly challenged her rulings, claiming that she was not legally a "person." In 1927 she led the legal challenge now known as the Persons Case. 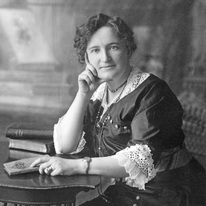 Novelist, legislator, prohibitionist, and suffragette, Nellie (Mooney) McClung's influence was felt across the prairies. Nellie had a way of winning over even her opponents with her wit and style. The Chatsworth, Ontario-born school teacher led the fight to enfranchise North American women, helped Manitoba women in the right to vote, becoming the first province to grant women the right to vote in 1916 and continued the battle in Alberta after arriving in Edmonton in 1914. She was elected to the Alberta Legislature as an opposition Liberal in 1921, Her move westward to Alberta coincided with both Alberta and Saskatchewan giving women the vote soon after. 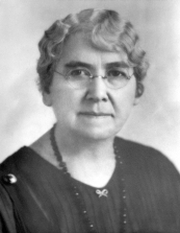 Louise (Crummy) McKinney was a lifelong organizer and staunch supporter of the Women's Christian Temperance Union (WCTU), raging against the evils of alcohol and the "disabilities laid on women." Louise's activism played a large role in leading to women getting the vote in Alberta, and to the Prohibition of alcohol in 1916 (which was later repealed in 1923). She was the first woman sworn in to the Alberta Legislature and the first in any Legislature in the British Empire. She worked to initiate social assistance measures for widows and immigrants and, along with Emily Murphy, helped establish the Dower Act, allowing women property rights in marriage.

"Evolution cannot be brought about by the use of dynamite."

Born in London, England, Irene (Marryat) Parlby came to Alberta in 1896, married a rancher, and settled in the Lacombe area. She organized and became the first President of the United Farm Women's Association in 1916, and a staunch advocate for rural Alberta women. Elegant, charming and quietly determined, Irene was a reluctant politician. She helped push through 18 bills to improve the plight of women and children. She was named to cabinet as a minister without portfolio in 1921, being the first female cabinet minister in Alberta and  only the second woman cabinet minister in the British Empire. Irene used her influence to champion the rights and welfare of women and their families. 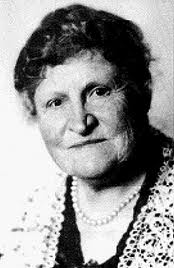 "We sought to establish the individuality of women... It was an uphill fight."

The eldest of the Famous 5, Henrietta (Muir) Edwards was active in prison reform, organized the forerunner to the YWCA in Montreal in 1875 to provide vocational training for impoverished working women, and published and financed the first Canadian magazine for working women. she was an artist as well as a legal expert and women often came to her for help with legal issues affecting women and children. She wrote several books on the legal status of women and compiled a list of provincial laws affecting women and children across Canada at the request of the federal government. Being a student of law,  In 1890, she helped establish the National Council of Women of Canada, an organization that continues to this day to work to improve the quality of life for women, families and society.  She steadfastly refused to wear corsets. Thoughtful, caring and determined, Henrietta believed, among other things, that women should not be thought as though they are items or slave of fashion, as it distracted from more important goals.