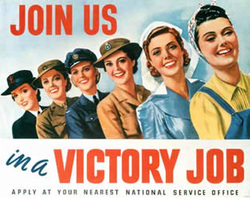 Women in the war played many different important roles. Women went across seas to act as nurses or helped out at home in munition factories. During the war, women gained more independence because the men went off to war. This caused the Wartime Elections Act due to the lack of votes coming from male figures.

What is the Wartime Elections Act?

The Wartime Elections Act took voting from people born in enemy countries or who spoke the language of an enemy country and conscientious objectors except when such citizens had a son, grandson or brother on active duty.The act also permitted the vote to mothers, sisters and wives of serving soldiers, as well as women serving in the armed forces.

An immediate result of the war's outbreak was the increase in female unemployment, especially among the servants, whose jobs were lost to the middle-classes' wish to economise. Although, they soon realized the only option to replace the volunteers gone to the front was employing women in the jobs they left behind; conscription just made this need even more urgent as had the Munitions of Work Act 1915 by which munitions factories had came under the sole control of the Government.

In all, women did quite good, therefore surprising the men with their ability to undertake heavy work and with their efficiency. Halfway through the war they were already regarded as a force to be proud of, part of the glory of Britain. Although, their entrance into the workforce was initially met with hostility for the usual sexist reasons. Also because male workers worried that women's willingness to work for lower wages would put them out of work. 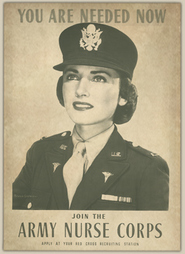 The nurses of the Canadian Army Nursing Service in WWI waited for the inevitable arrival of wounded soldiers through earsplitting, booming explosions and fearful flashes in the distance. At the Casualty Clearing Houses, they worked at a quick pace to give emergency care for broken and missing limbs, bleeding gashes, and devastating injuries of war.The wounded were evaluated and prioritized, helping to save lives using the injury assessment. The nurses gave the soldiers security and hope in a bleak time, providing kindness, a maternal touch and the comfort that only caring women could provide.

Veterans Affairs Canada stated that from 1914 to 1918, approximately 3,141 Canadian women volunteered for the war effort for Canada. Most of these independent women were high school graduates, which was rare, and carried nursing diplomas to certify their valuable skills. At an average age of 24 years old, many were sent overseas to areas such as Britain and France.